Call or Text us at: 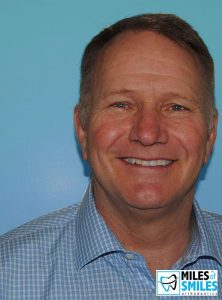 Dr. Tal Jergensen graduated cum laude from the Virginia Commonwealth University School of Medicine with his Doctor of Dental Surgery in 1989. He completed a one-year residency at Mount Sinai in Hartford, Connecticut, before moving on to Eastman Dental Center in Rochester, New York, to complete his orthodontic specialty training with an emphasis on cleft lip and palate. He also received training on how to use multiple treatment modalities and on special techniques, including lingual braces, bio progressive dentistry, functional orthodontics and surgical orthodontics. Dr. Jergensen has been practicing orthodontics in Southern California since 1992. He opened his Hemet practice in 1993 and then opened the Temecula office two years later in 1995. We are proud to have many of the same staff members at both offices that started with him in the beginning. He is an esteemed member of the orthodontic and dental communities as a member of the American Association of Orthodontists®, the American Dental Association®, the Pacific Coast Society of Orthodontists, and the Mt. Palomar Study club in Murrieta, California (an affiliate of the Seattle Study Club). Dr. Jergensen was also declared board eligible by the American Board of Orthodontics.

With six children and ten grandchildren, Dr. Jergensen and his wife are highly active in the community, in local schools, in their church and in other youth groups, including the Boy Scouts of America. During his leisure time, he enjoys water sports, gardening, biking, playing tennis and golfing. Dr. Jergensen spends the majority of his free time with his wife and expanding family.